James L. Barry
​ Illustration
James L. Barry has been involved with a variety of projects while working as an artist.
He is the long-running illustrator for the best-selling Warriors graphic novel series and exhibited at the
Museum of Comic and Cartooning Art.  As an editorial cartoonist, James spent two years as staff illustrator for the popular New York City nightlife guide, Next Magazine, contributed dozens of celebrity caricatures to
Entertainment Weekly and continues to create art for his community.

He is also a busy storyboard artist, sketching commercial concepts and shooting boards for a variety of international brands including Target, Budweiser and Pepsi.

Having received his MFA from the School of Visual Arts , James finds that illustration is an ideal way
to convey ideas and has shared his methods at elementary schools, conventions and colleges. Whether drawing from life, sketching scenes from his own imagination, or illustrating scripts from another creative, James hopes to engage and communicate with his audience.

​ Please contact him at James@JLBarry.com to discuss your illustration needs! 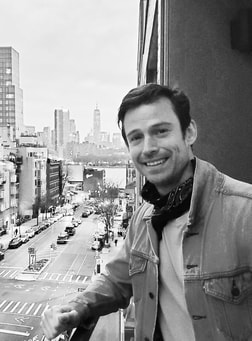